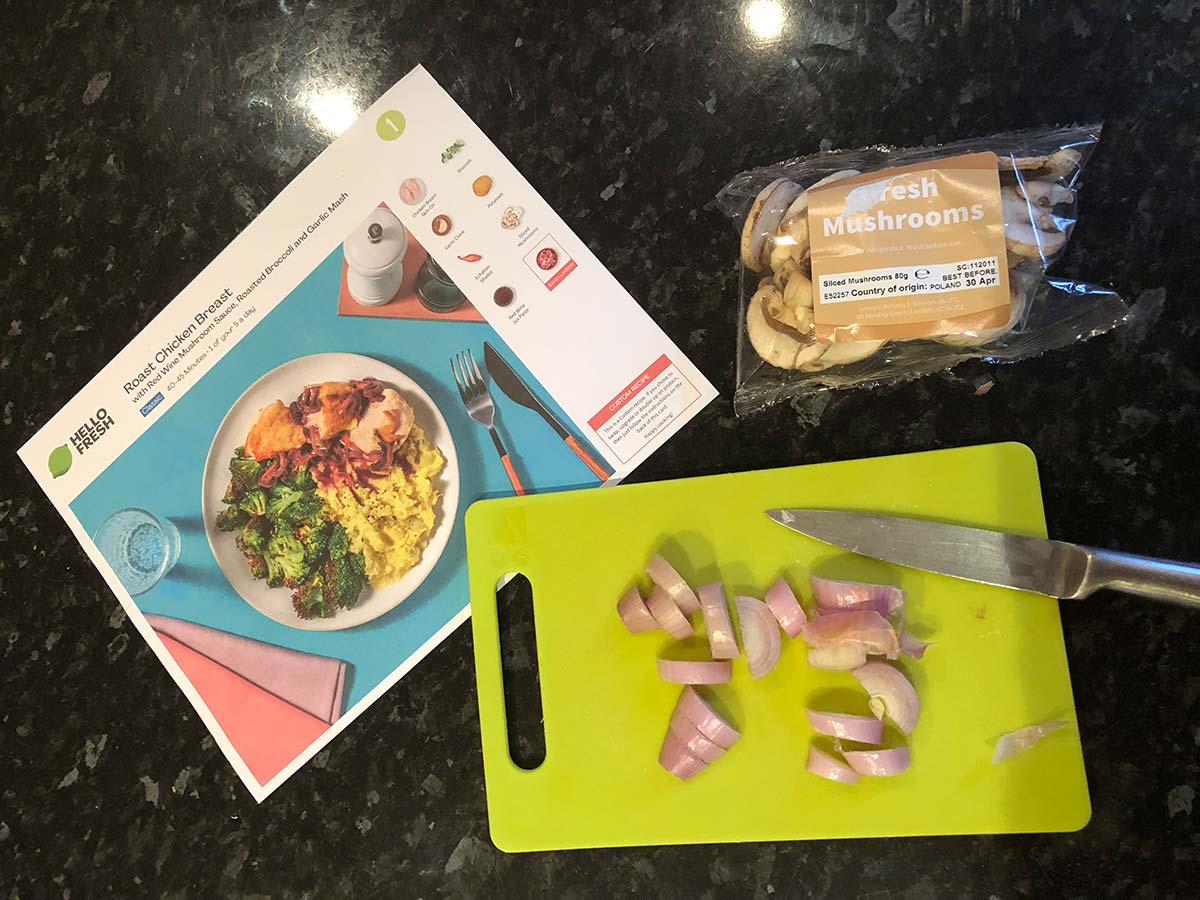 Many people may automatically assume that Green Chef UK is similar to HelloFresh. However, while its product is similar in aim, some key differences exist. That’s unlike many HelloFresh alternatives, which tend to be carbon copies of one of the biggest food box delivery companies out there. HelloFresh alternatives often try to make their money by cutting back on key areas like produce quality, portion size or the increased usage of filler ingredients, for example.
Here, we look at Green Chef UK’s menu in particular to see how it differs from HelloFresh. However, first we identify what Hellofresh alternatives are similar to HelloFresh, but do things slightly differently which may appeal to you too.
Who are HelloFresh competitors in the UK?
These are our preferred choices as suitable HelloFresh alternatives worth spending your money on. All for varying reasons, but for the most part, you’ll be happy if you choose any of these food box delivery options.

People get put off Mindful Chef at first as it tends to be a little more expensive than HelloFresh and our preferred HelloFresh alternatives. However, it is an exceptionally high-quality food box delivery company which is well worth the money. The food is ethically sourced - delivered straight to your door. There is a wide range of recipes that can provide you with the backbone to a nutritionally balanced diet that you’ll thoroughly enjoy making and eating.

Gousto is arguably HelloFresh’s biggest competitor. It’s rightly popular as it offers a huge number of cuisines and recipes each week that can help time-strapped customers. The real difference between the two is that Gousto offers over 60 recipes at any one time. HelloFresh updates its menu more extensively each week, but inly offers around 35 recipes at a time. That still offers a wide variety and far more than a customer needs in any 7 day period though!

We’re going to go into more detail about the differences between Green Chef UK’s menu and HelloFresh food options below. But in terms of what stops Green Chef being similar to HelloFresh is that Green Chef is a carbon neutral company.
It means that users can be confident that having food delivered to them by Green Chef UK minimises their household’s overall carbon footprint. In fairness, that not only differentiates the company from HelloFresh, but from the majority of the market too. While some food boxes promote themselves as 100% plant-based, that does not automatically make them carbon neutral.

Is Green Chef the same as HelloFresh?

Green Chef is different from HelloFresh. While both companies deliver food boxes full of ingredients to prepare a home cooked meal in your own kitchen, there are a number of ways they are not the same and may appeal to one person more than another. That being said, where they both do provide similarities is down to the high standards they both meet.
For example, both companies deliver good quality food that helps make delicious meals. Not every food delivery kit company can say the same. Both Green Chef and HelloFresh both source top quality produce so they can be sure their recipes taste as good as possible. Importantly, it also means that food does not go off before it can be used - meaning both money and food is wasted. Customers can be assured when they sign up to a food box with either of these companies, that any meal they make is tasty and good for them.
The food that both companies help customers make is also designed by chefs and nutritionists alike which is another reason these meals can be so good for you. While they taste great, they’re also well balanced. You won’t find recipes that are laden in fat, salt or sugar. That’s not to say that the recipes from either of these companies never include these ingredients, it simply means that chefs have worked tirelessly to ensure that they’re not overly dependent on these ingredients for flavour and interest.

As just mentioned, Green Chef is a carbon-neutral company. But how does it really do that?
Firstly, it tries to minimise the amount of plastic in its boxes. While the majority of reputable HelloFresh alternatives try to do this as well, there is a discernible difference in the amount of single-use plastic in a Green Chef delivery. The company is also continuously trying to reduce that amount further. That has led to innovative packaging being used already - with plenty of cardboard when food wrapping regulations allow. It’s also good to know that an increasing number of places, like supermarkets for example, are starting to take plastic film packaging as part of recycling.
Secondly, the company strives to use suppliers that also have similar ethical and environmental beliefs. That means only working with producers who look to use methods that are kind to the planet and minimise their impact as much as possible. It means meat is higher welfare. Its fish is certified as sustainable. In the interest of transparency, it's good to remember that striving to work with ethical producers is not uncommon in this area of the market. HelloFresh most definitely tries to do the same as does Gousto and Mindful Chef.
Perhaps the biggest way that Green Chef endeavours to remain carbon neutral is by offsetting 100% of its operational and distribution-related carbon emissions and in-box plastics. That’s vitally important as it is highly unusual in any food production or food delivery market. When it comes to food box deliveries, it is difficult to think of another company that promises to do the same.
There are other ways that GreenChef also lowers its carbon footprint and therefore the carbon footprint of its customers. For example, it also has a bigger number of vegan options available than typical for the market. Plus, by providing all their ingredients in pre-measured amounts, the amount of food waste a household produces is reduced dramatically. There is no chance for food to go off due to overbuying or leftovers being left to fester in the fridge.

Perhaps one of the biggest differences is simply how they break down their recipes on their website. With Green Chef, you can choose between meals designated as Vegan, Vegetarian, Lower Carb, Flexitarian and Keto really easily. HelloFresh does label its recipes on its options hub too, but Green Chef does it with added clarity and simplicity. With only five options to choose from, picking food can be quicker and easier, while it also makes sticking to a dietary lifestyle such as Keto that bit more straightforward too.
HelloFresh, on the flip side, denotes its recipes in a slightly different way - mostly meat, veggie, family, quick cook, calorie smart and pescatarian. Like with Green Chef, there will be a lot of overlap between all recipes within those categories but if you’re trying to stick to a diet, Green Chef’s menu structure is a bit more user-friendly.
However, what HelloFresh does offer that Green Chef does not, are added extras. That’s not to say that Green Chef will never offer added extras as part of its boxes, but for the moment HelloFresh does - that provides a bit more flexibility and adaptability into a person’s life. As these boxes are mainly aimed at making people’s lives easier in the kitchen, being able to add items such as desserts, sides, lunch recipes and brunch recipes into a box is a big plus.
When it comes to the recipes themselves, both companies have designed an extensive menu of delicious food. By working with those aforementioned chefs and nutritionists, flavours abound in all recipes. They both draw inspiration from around the world. For example, Green Chef has designed a chipotle chicken bowl in the past and a jerk spiced turkey dish with avocado sour cream. However, in the same week members were also able to create steak au poivre. HelloFresh’s past dishes have included teriyaki pork mince stir-fry, a coronation chicken curry and oregano crumbed chicken.
Crucially, it is the variety that is key for customers. It means it's impossible to become bored and it also means catering for a range of different tastes within the same household is far easier.

Choosing between HelloFresh and Green Chef

When it comes to picking between these two fantastic companies, it is a big comfort to know that you’ll never be choosing a bad product. Both are highly reputable companies for a reason. So, to make the final decision to pick between them, you need to look at the menus and decide which one appeals to your specific taste buds better as well as helping you stick to your dietary lifestyle better. For instance, the wide range of Vegan options at Green Chef may mean that it’s a better choice for you. However, HelloFresh’s quick and rapid recipes may help you stick to your home cooked meal regime better if you are a time strapped individual.
What’s great about both companies though is that they’ll help you serve up delicious meals, time and time again.

For all the latest discounts, recipes and news, sign up today - we are spam free. 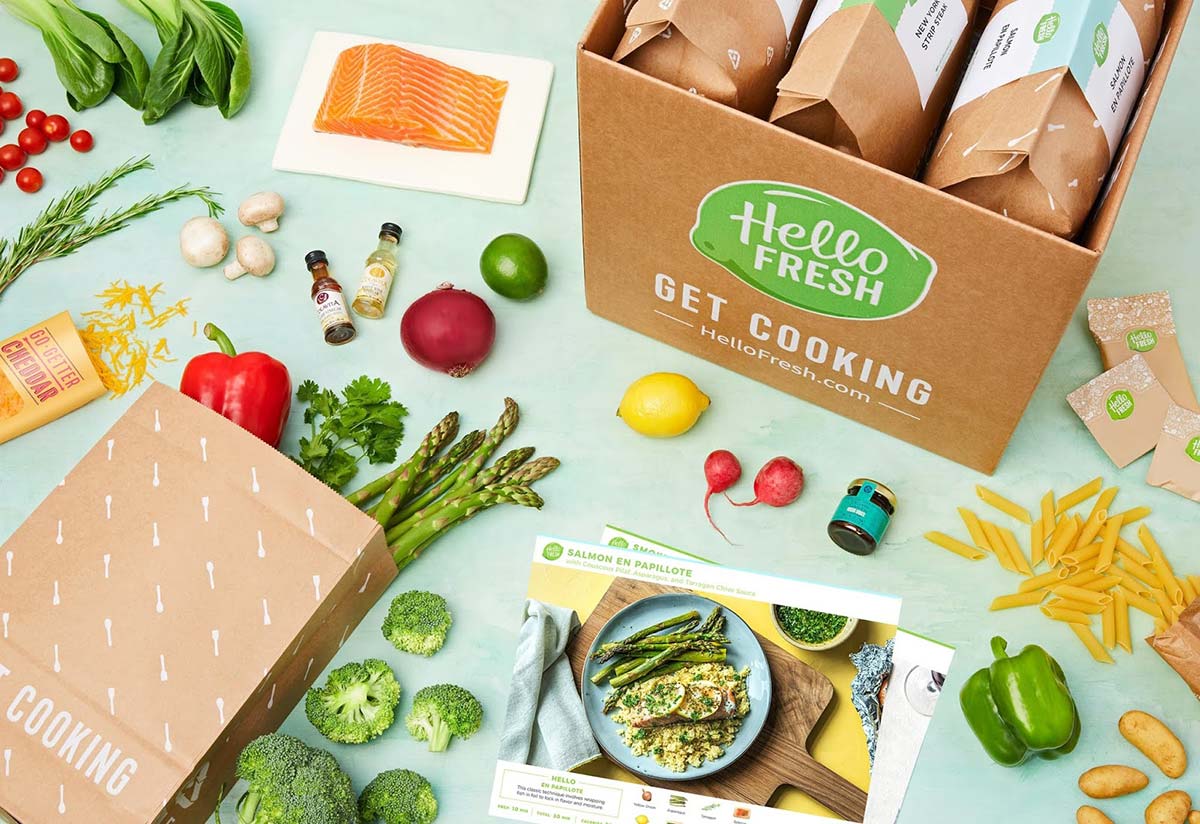 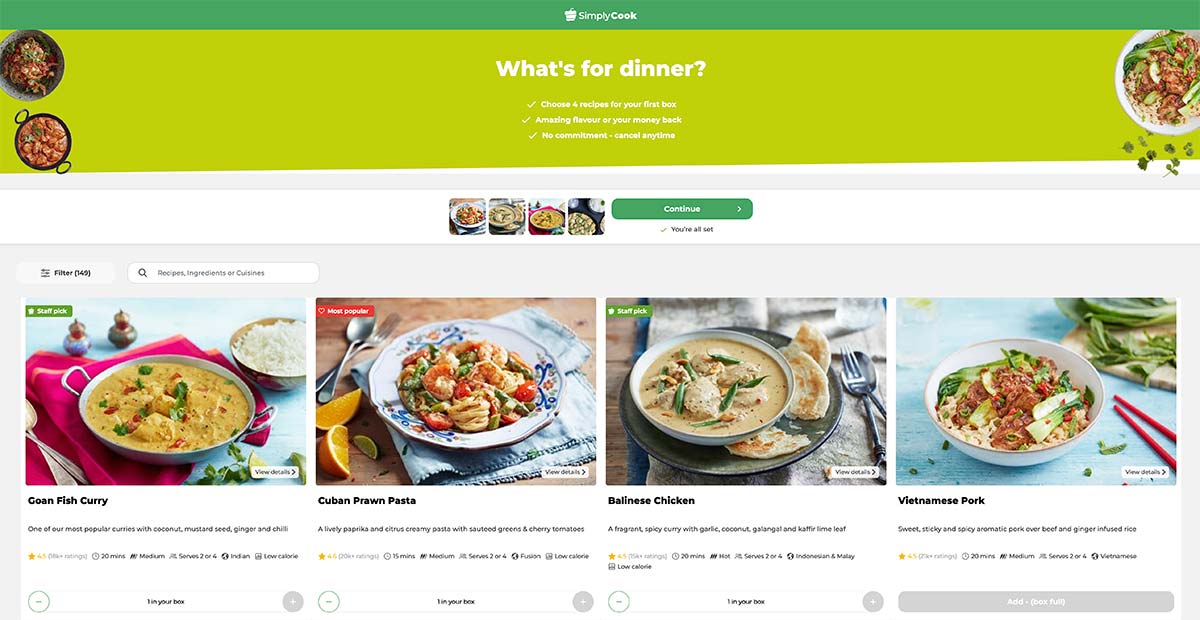 Is all the hype around SimplyCook justified? Everything you need to know about SimplyCook