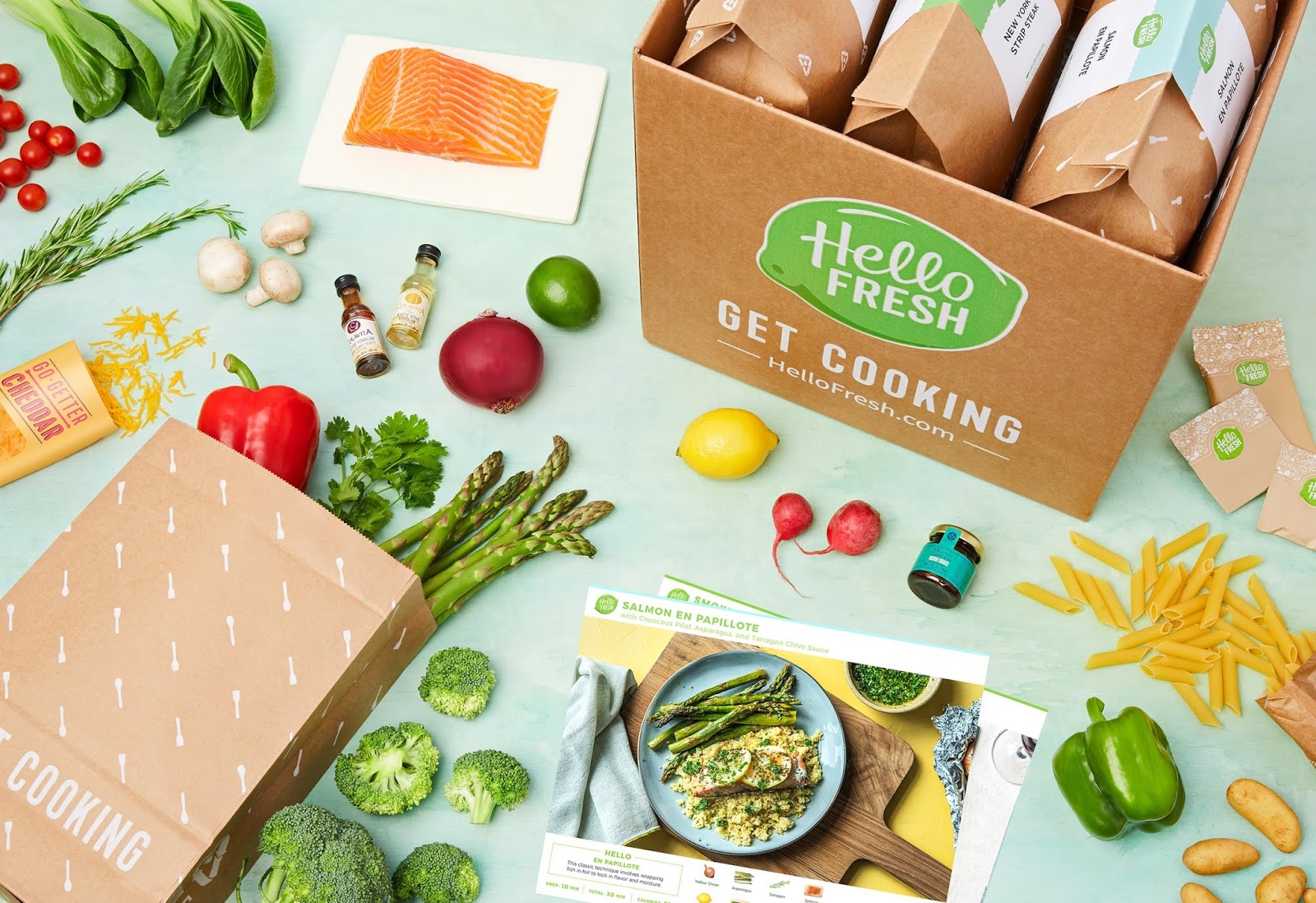 Recently, we trialled HelloFresh again. While we’ve been users of the company for a long time now, we thought it was time to use our weekly HelloFresh box for two reasons. One, to evaluate the service properly. As we have been using it for so long, we may have simply got used to how the company does things - without properly asking the questions that first time users would. So, for example, is HelloFresh cost effective to use? Or does HelloFresh work for picky eaters?
Second, we wanted to look at the latest Hello Fresh menu UK wise. There’s been a lot of new additions recently given the change in seasons and we have been dying to try them! Writing up a review gave us a fantastic excuse!
Trialling the new Hello Fresh menu for UK customers also allowed us to see if newer companies like Hello Fresh really compete with this company’s offering. There are so many services similar to Hello Fresh that we really wanted to evaluate if that has caused Hello Fresh’s quality to drop, or stay exceptionally high. Ultimately, we wanted to trial out HelloFresh again as we wanted to confirm that it was still the best on the market. Read on to find out what we thought.

The latest food from HelloFresh does not disappoint. When trying out the last couple of boxes we received, we tried totally new recipes and we loved them all. We tried the new:

As we move into the warmer months, this dish may not appeal immediately to some. However, it was one that was a definite firm favourite with us. We love a roast, but often find it too time consuming to do any other day other than a Sunday.
This was a quick way to still get that roast meat hit, but in a fraction of the time. The red wine mushroom sauce worked very well as a gravy, and roasting the broccoli taught us a new way with the cruciferous vegetable. Adding garlic to mash was also a new idea for us and one that we will look to be repeating on the nights that we don’t have a Hello Fresh recipe.

This recipe uses two stalwart ingredients of any British kitchen nowadays: beef mince and rice. However, as opposed to making a chilli like we usually would with those items, this recipe showed us how to use some simple spices to, literally, spice up a rice dish. By frying off the beef mince with harissa as well as some red onion and garlic, plus with the inclusion of turmeric with all its health benefits, this delicious dish was incredibly satisfying, filling, yet very good for you.
It was simple to follow the recipe and also one that we could make a little bit ahead, finishing it off when it came to supper time. Including spinach was a nice addition to up the vitamins and minerals, but as it’s such a last minute add, it would be possible to leave it out for anyone who isn’t a fan. The greek style natural yoghurt to serve it with was refreshing and helped cut through what could otherwise have been a rich dish.

We used this meal to help with catering for some friends when they came over one warmer evening. It was a big hit - even though on the crux of it, it’s not a revolutionary recipe. However, there were small updates that really elevated the entire meal. The onion marmalade brought a sharp sweetness to the burger, and crucially meant it was not too dry either.
The wedges were delicious thanks to the added spices that made the basic ‘chip’ that much more exciting. We added our own ketchup to eat with them on the side, but they were fine to eat without. The side salad may have been simple, but it meant that much needed greens were put on our plates - plus they were really fresh. As a result, they tasted great.
The best bit was the sausage in the burger. It was an idea we never would have thought of, and we would have usually just used a standard lamb or beef burger instead. The sausage meat already came packed with flavour so there was minimal work that was required to turn it into the yummy meal that it helped create.

Our household is mainly meat loving eaters. We were a little dubious therefore as to how well this meal would go down, given the lack of meat. While we love halloumi and lentils, we usually like to eat some form of meat and fish too. This dish, though, did not disappoint. It was so so tasty.
The refried beans had chipotle flavouring running through it, making the beans exciting and not simply adding ballast to the meal. We also flavoured our mayonnaise with chipotle too so the whole dish really packed a punch. It meant that we didn’t even notice the lack of meat. The inclusion of baby gem lettuce gave it some crunch and the halloumi made the whole meal feel far more luxurious than the street food vibes that the recipe initially suggested.
And, it only took 20 minutes to put together. It was a big win for us.

Nachos and Tomato Salsa and Guacamole

While not a full meal in itself, it was great to try out another offering from Hello Fresh - a snack or a starter style dish. This dish did not disappoint and was very easy to make too. Making fresh salsa is something that as a household we would usually shy away from - sticking with store bought stuff that does not really taste that great. Making it ourselves showed us how delicious it really was when made fresh. We won’t be turning back, and the same can be said of the guacamole.
All in all, this was a hit and one that we would happily make again.

‍Companies like Hello Fresh may be cheaper, and some may be more expensive. Having used Hello Fresh the last couple of weeks to really analyse it to see if it was more a must-have than a nice to have, we found that yes, it was cost effective. While buying the ingredients in store may technically have been cheaper - that does not account for wastage and also the stress involved with going to the supermarket to buy food.
Using Hello Fresh added much needed convenience into our lives and, as a result, we found it to be cost effective due to the amount of value we derived from it and its quality ingredients. Having tried other companies similar to Hello Fresh and their service, we have not always felt the same. Even if they are cheaper, we have found that usually that means lower quality food or a service that is less reliable.

How do you pick your meals on HelloFresh?

One of the reasons that we found that Hello Fresh is so much better than its competitors is because its website is so user friendly. It means that picking food and recipes is really straightforward. That’s crucial as allows a user to plan their menus far more effectively over the week - ensuring they are not eating the same thing over and over again. Services similar to Hello Fresh usually come with a less than intuitive website that overcomplicates the situation. Hello Fresh is quick and painless to use.

Does HelloFresh work for picky eaters?

Hello Fresh will do wonders for any households with picky eaters. The food created is so delicious that it is likely to win over picky eaters quickly. That being said, if you have a person in your household that is very fussy, what makes Hello Fresh great is that finding food that they will like on their site is easy.
The layout of all dishes on offer makes it straightforward to find meals that they would like - helped by great photography. Additionally, you can quickly see what the recipe contains by clicking on the links for the menu that week. It can all be done from the comfort of your own armchair or desk, yet you know you will be able to satisfy other eaters in your household despite minimal effort on your part.

HelloFresh: Is it still the best on the market?

‍Companies like Hello Fresh may be trying to differentiate themselves from this market giant, but Hello Fresh remains hard to beat. The recipes we made above were all easy to make with clear instructions. The end result was always tasty food that was filling and satisfying. Plus, due to the range of the food that we ate in one week, there is such a variety at Hello Fresh that eating with them remains exciting week in week out. We learnt a lot as a result and will continue to use Hello Fresh for the foreseeable future. 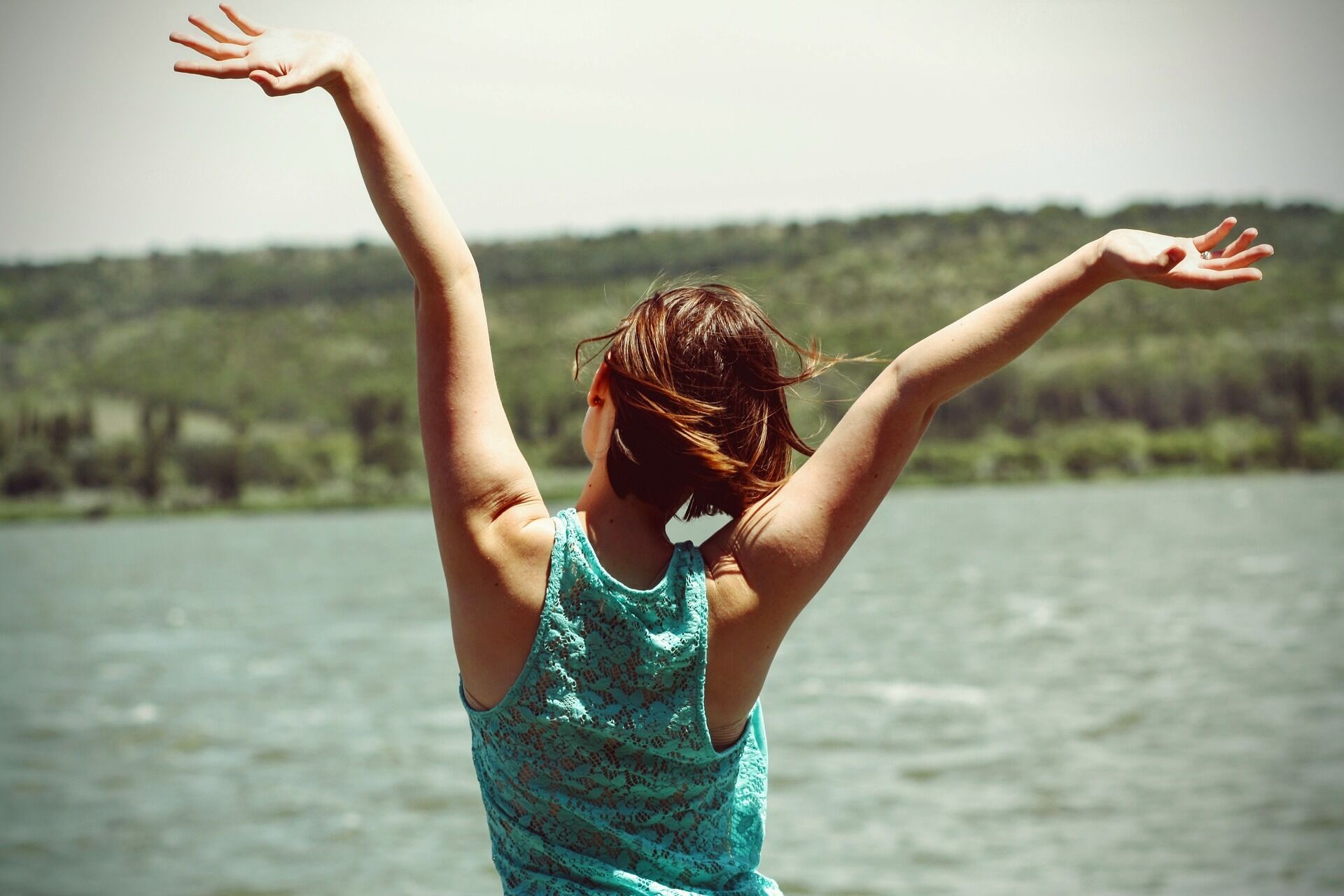 The reasons why HelloFresh will change your lifestyle for the better, for good 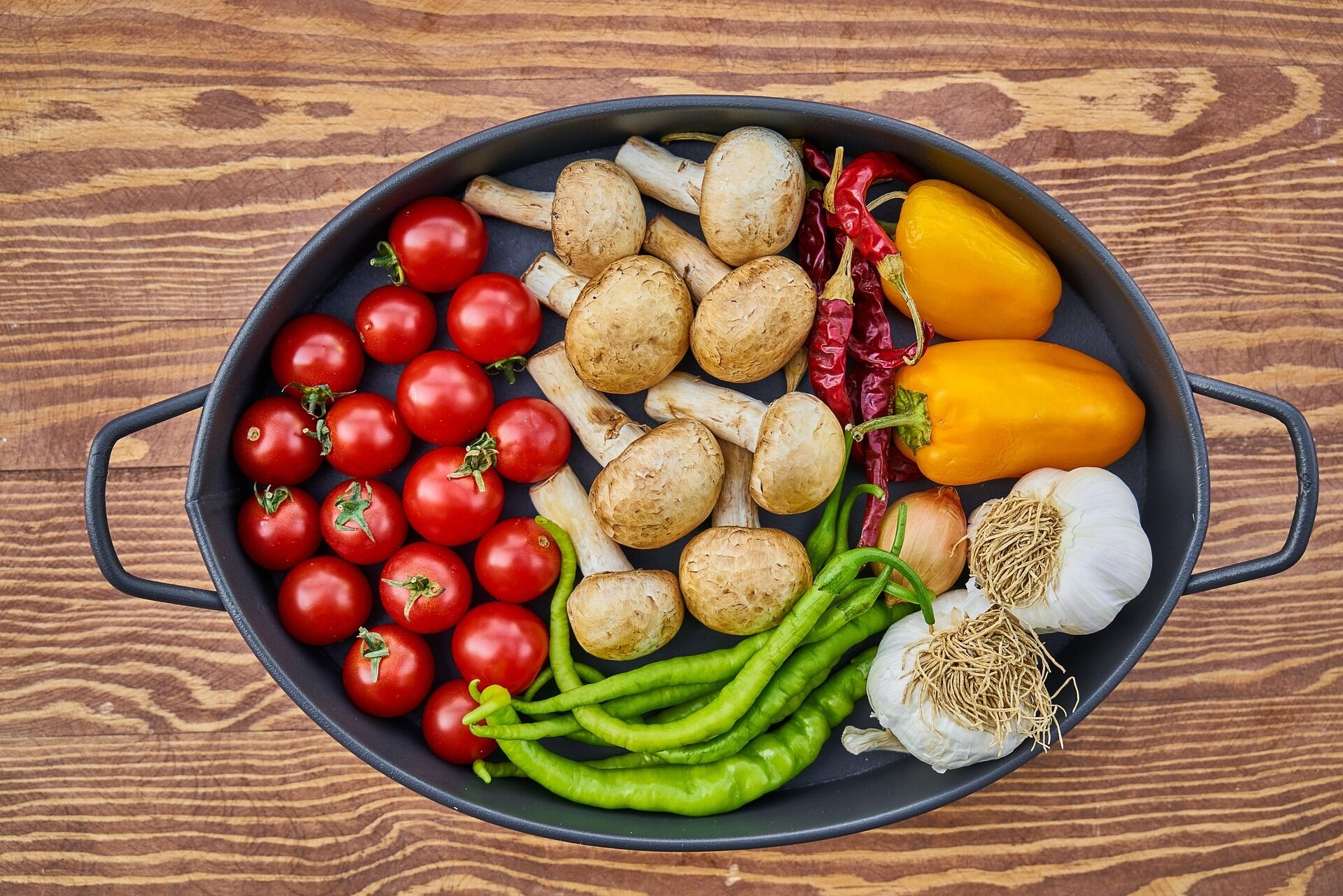 Is being a vegetarian possible with HelloFresh 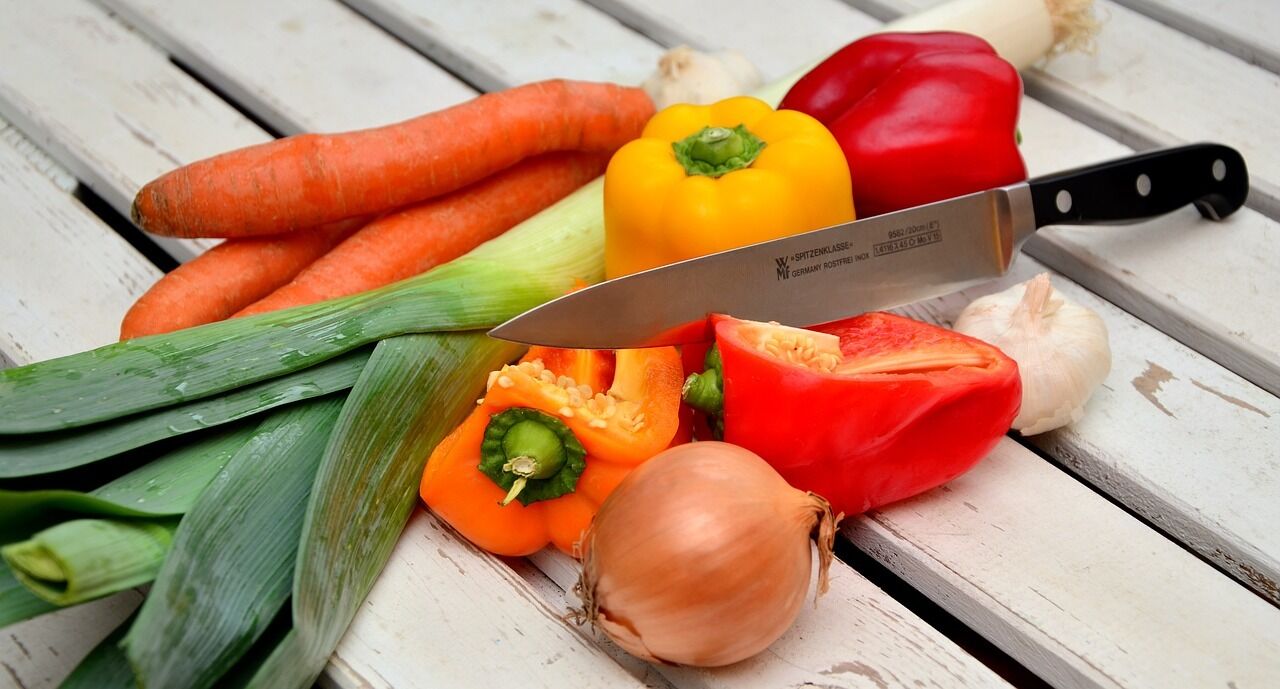 Tried and Tested: The most delicious meals at HelloFresh this October 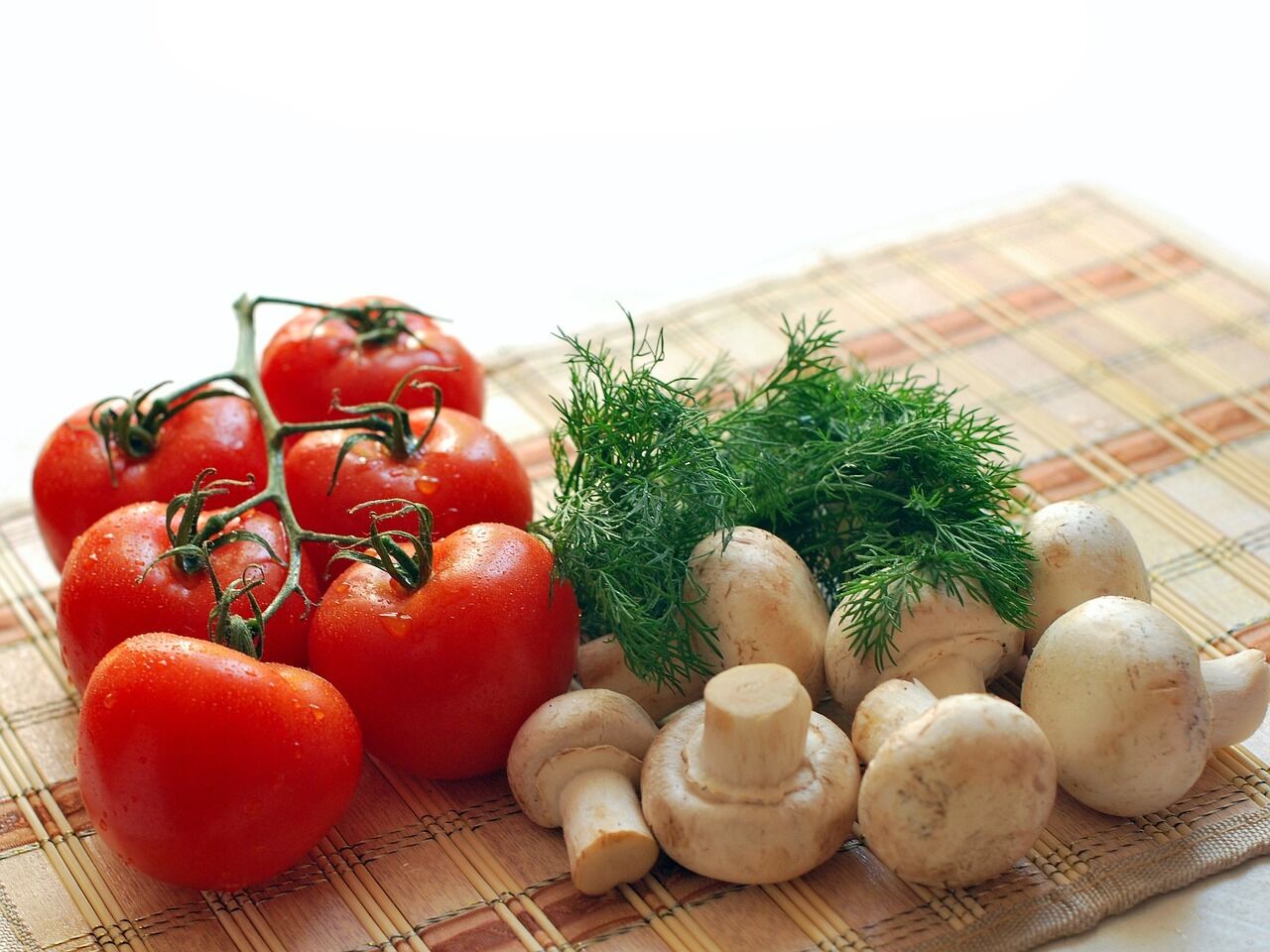 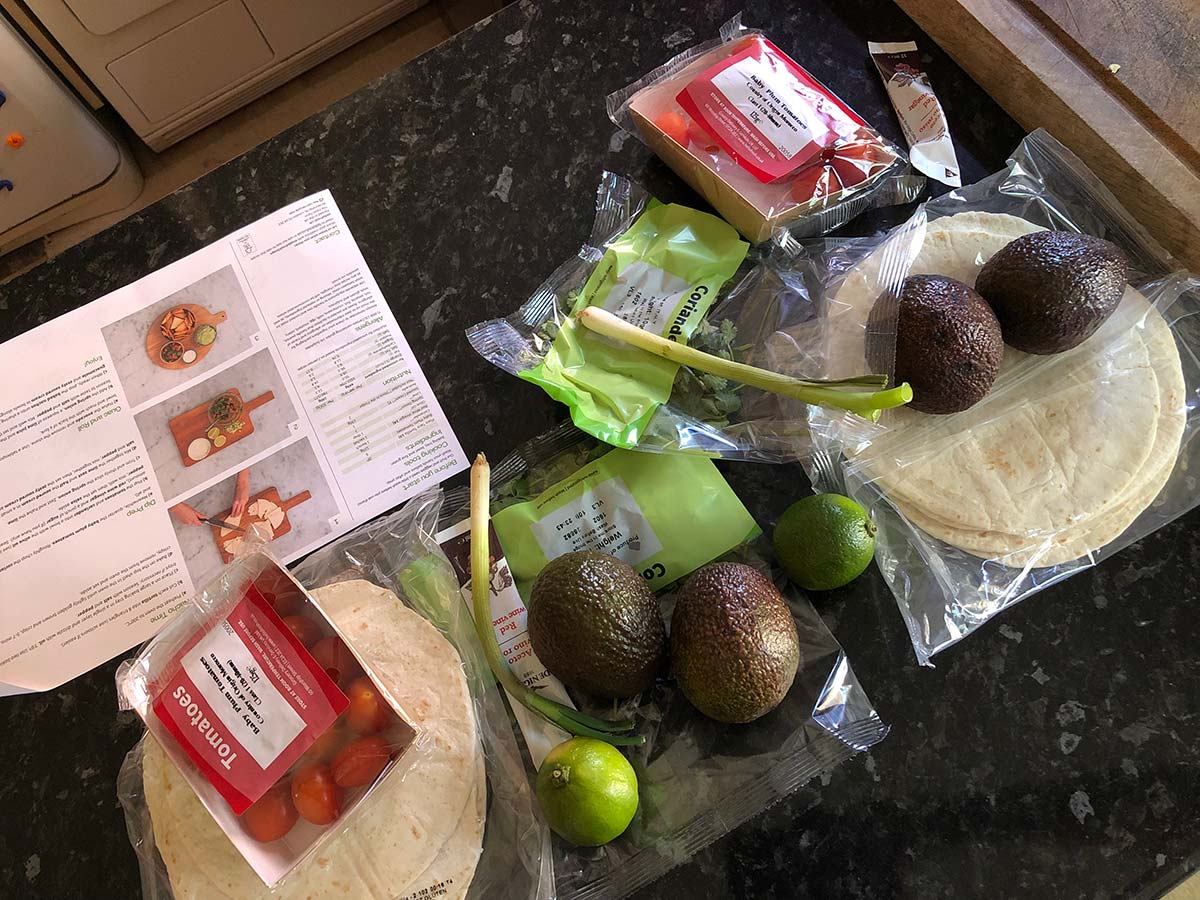 What Are The Best New Recipes on The HelloFresh Meals List?